RSS
← Japanese trains are always on time—regardless . . .
Letter to the editor, SA Express-News, re: Reparations . . . →

One of my daughters, the one who lives, loves and works in Northern Virginia took some very professional and very nice photos of a Redskin player and his family. In her posting she referred to the player’s beautiful blue eyes—that description awakened a memory for me, and I responded to her comment with this e-mail:

“Your recent post to your blog on the blue-eyed Redskin player prompted the following story. It’s undoubtedly apocryphal, but it may be considered humorous by some.

Hey, I find it hilarious.

A long time ago, long before the present era of political correctness, a farmer working in his fields needed a respite from his labors. He lay down beside a small pond and fell asleep. While he was sleeping a large blacksnake crawled up inside a leg of his overalls (yes, the man was wearing overalls—he was a farmer, you know) and stuck his head out above the bib, facing the farmer. 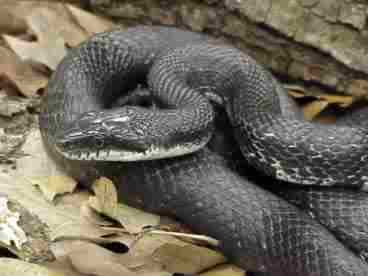 For those unfamiliar with farm garb, overalls are one-piece garments, and the bib is on the front and at the top of the overalls, stretching across the chest at approximately arm-pit level. The bib is suspended at each corner (at each side of the wearer’s chest) by galluses—straps comparable to suspenders and performing the same function as suspenders—arising from the back of the garment and crossing over the shoulders and down to be fastened to the bib. The immediate and lasting effect of their action is to “suspend” the entire garment and prevent it from plummeting to the farmer’s ankles, an event that will occur if one fails to affix the galluses properly.

This has been known to happen—I mean the overalls falling down—in fact, it has happened to me. Again I refer to the overalls falling down—I haven’t worn overalls since I was a teenager, and certainly not since I have attained some semblance of adulthood. However, I have never fallen asleep while lying beside a small pond, whether for resting or for any other purpose. In fact, I have no recollection of ever having lain beside a small pond. I suppose the future could hold such a possibility but I can’t even imagine the circumstances, so I seriously doubt it.

I digress—here is the rest of the story:

The snake started hissing (they do that, you know). The farmer awoke, saw the snake and waxed poetic and exclaimed (I hope you’re ready for this), “You are the right color and you are the right size, but where did you get those big blue eyes?”

Given the present political atmosphere in our country, in telling this story I prudently refrained from using any specific ethnicity, gender, religious or racial regional or dialectical expressions. A less prudent person than I would possibly substitute the following parts with these special terms:

Farmer could be changed to field hand, or indentured worker, maybe, or perhaps sharecropper—no other alternatives come to mind—well, hillbilly perhaps, but that term has regional derogatory connotations.

You are (used twice in the farmer’s question) could be changed to you is—this would indicate a farmer in the deep south.

Get those could be changed to git dem, also indicating the south.

In telling this story, there are many different terms available for use by other writers and story tellers, and some might choose words far more descriptive and more definitive than mine, possibly even more than the above suggested substitutes. They would perhaps do that in order to provide additional emphasis and promote understanding for the reader and listener—perhaps. However, some of the different terms available might be considered politically incorrect, a situation that must be avoided whenever possible.

WARNING—THIS POSTING WILL SELF-DESTRUCT FIFTEEN SECONDS AFTER YOU READ IT!

If for any reason it fails to destruct, or if you manage to overcome the 15-second restriction and forward it to others before it destructs, it will contaminate their hard drives with religious, sexual, racial, ethnic and gender epithets and expressions.  The contamination will be permanent—they’ll get no help from Norton—and the contamination will accompany any future computer output regardless of format, intent or content, and make the user’s life a living nightmare (fooled you, didn’t I? You thought I was going to say “a living hell”).

I know, I know—I have far too much time on my hands.

Posted by thekingoftexas on July 17, 2009 in Humor

← Japanese trains are always on time—regardless . . .
Letter to the editor, SA Express-News, re: Reparations . . . →