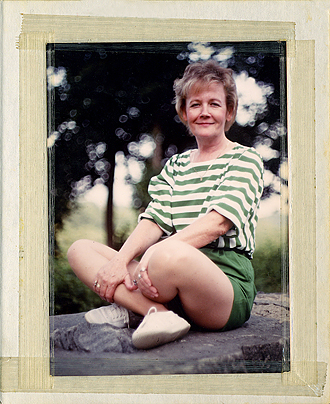 The above title seemed appropriate at first, but on serious reflection I realized that the title involved certain conclusions that could possibility be drawn by viewers. I therefore hasten to add that my barber is a lady, a lady that I married in 1952 and one that has hung around and tolerated me for the past 57 years, and our union continues in its 58th year with no abatement of the passions that prompted the marriage (that simply means that we still love one another). I can understand my love for her, but I have never fully understood her love for me.

Que sera, sera—whatever will be, will be!

My wife became my barber in 1983, the year that we left the sanctity and security of Texas’ Rio Grande Valley and relocated to the Washington, D.C. area following my unlikely promotion to a higher level in my duties as a law-enforcement officer in our federal Civil Service. I managed to endure those duties for three years before I bailed out and returned to Texas—to Houston, not to the Rio Grande Valley—and six months later to San Antonio for an additional ten years in service and retirement in 1997. Texas is our adoptive father and San Antonio is our adoptive mother—we love both, and we intend to remain in that family throughout this life and the next—see, I told you we love them!

The above two paragraphs comprise the foundation for this posting, one that could accurately be titled, “The time my wife cut my hair and my left ear prior to my travel from Arlington, Virginia to New York, NY and on to London, England and Johannesburg, South Africa and finally to Botswana, the capital city of the sovereign nation of Botswana, Africa.” That trip and its several stops, both outbound and return, are fodder for later posts and will be attended to in time. Just as a teaser, I will tell you that at that time, apartheid still ruled in South Africa—click here for details of that nation’s apartheid rule from 1948 until 1994.

I was running a bit behind for my flight out of National Airport (later renamed Ronald Reagan National Airport), but I was desperately in need of a trim. My barber gave me the trim but inadvertently removed a one-inch strip of skin from the outer portion of my left ear, a wound that bled very little but quickly became an unsightly scab—it ultimately healed with no discernible after effects, but that one-inch strip figured prominently in my trip to exotic foreign countries. It became a topic for conversation, and attracted stares from everyone I faced on the trip, including immigration and customs officers, taxi drivers, airline employees and fellow travelers. While few questioned the wound, their gaze invariably strayed from eye contact to ear contact, a really disconcerting situation. It made the viewer appear uninvolved, and somewhat cross-eyed. At first I felt obligated to explain the wound, so I assembled several canned responses to use when someone asked, “What happened to your ear?” I finally gave that up, and either ignored the question or steered the conversation in a different direction. Bummer!

Oh, I just remembered that my mother labeled eyes that seemed to be looking in different directions as “A and P eyes.” She explained that by saying that one looked toward the Atlantic and the other toward the Pacific. I make no apology for her little joke, nor do I feel compelled to apologize for recounting it here. My mother was a lovely lady with no hint of bias of any fashion toward any race, color,  or creed, nor was she biased toward noticeable physical or mental aberrations. And as the adage goes, the fruit never falls far from the tree—like mother, like son—seriously!

Miranda warning—is anyone awake out there? 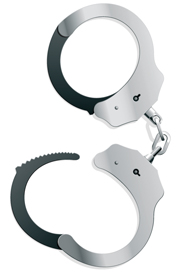 This a re-do of the original posting made in June 2009. It was, and still is, a beautifully constructed dissertation on the use of the Miranda warning by our nation’s law enforcement officers. I labored long and strong to support my contention that the warning is almost universally misused, and that such misuse is highly detrimental to our efforts to stem the ever-escalating crime rate in the United States.

It is my humble and completely unbiased opinion that I made my case, yet I have received zero comments on the posting—not one comment after ten months online, neither positive nor negative—nothing, nada, nicht, nein, ninguna, nessun, aucun, keine. The posting has garnered only one vote, albeit a vote of excellence, and in the interests of full disclosure I must reveal that the single vote is mine. In a state of despair, desolation, deprivation and delusion from the lack of attention shown to the posting, I first voted for myself, and then briefly considered doing away with myself—no, no, not that way. I briefly considered shutting my blog down, but I decided that, for the greater good for the greatest number of people, I would continue my Herculean efforts to educate—and yes, entertain—the legions of Word Press users.

I decided to vote for myself in the hope that the initial vote would spark a flood of comments and votes. The complete absence of votes and comments pushed me perilously close to the brink of despair. I was in a blue funk, “a mental state characterized by a pessimistic sense of inadequacy and a despondent lack of activity.” I blissfully dreamed of my posting catching the attention of persons at high levels, and ultimately bringing recognition from those levels, perhaps in the form of a presidential gold medal—or at least an attaboy on paper from one or more of those persons.

But I feel better now—that first vote helped a lot!

I was a federal Civil Service law-enforcement officer for the final 26 years of my 48 years in the work force (I spent the first 22 years in the US military). In the early years of my law enforcement career, before I was taken off the street by a series of promotions, I had cause to administer the Miranda warning on numerous occasions.

My reason for this posting is to express an opinion concerning the Miranda warning.

I believe the Miranda warning, as given in most jurisdictions by most law enforcement officers, has been corrupted by the wording of the warning—with no ulterior motive on the part of law enforcement officers but none the less corrupted. The wording of the warning, as given by most officers, has perhaps contributed to many, perhaps most, of their suspects exercising their right to remain silent and to request an attorney. They take this action to avoid incriminating themselves, whether guilty or not guilty, rather than cooperating with officers and giving answers to questions, answers which, while not necessarily incriminating the suspect, perhaps could have contributed to solving crimes.

Read on for the details

The background information below was gleaned (borrowed, lifted, whatever) from Wikipedia the Free Encyclopedia at http://en.wikipedia.org/wiki/Miranda_warning.

A Miranda warning is a warning given by police to criminal suspects in police custody, or in a custodial situation, before they are interrogated. A custodial situation is one in which the suspect’s freedom of movement is restrained although he or she is not under arrest. An incriminating statement by a suspect will not constitute admissible evidence unless the suspect was advised of his or her “Miranda rights” and made a knowing, intelligent, and voluntary waiver of those rights (the term “Miranda rights” is somewhat misleading, as the mandated Miranda warning simply clarifies preexisting Constitutional rights).

The Miranda warnings were mandated by the 1966 United States Supreme Court decision in the case of Miranda v. Arizona as a means of protecting a criminal suspect’s Fifth Amendment right to avoid coercive self-incrimination (see right to silence).

The Supreme Court did not specify the exact wording to be used when informing a suspect of his or her rights. However, the Court did create a set of guidelines which must be followed. The ruling states:

Every U.S. jurisdiction has its own regulations regarding what, precisely, must be said to a person when he is arrested or placed in a custodial situation, the typical warning being as follows:

The remainder of this posting is strictly mine, with references to the above information.

For starters, check out the above two phrases in red in the Wikipedia information above—the first phrase is the Court’s requirements for the wording of the Miranda warning, and the second is the wording used in most police jurisdictions—they are not the same—aye, there’s the rub!

The Supreme Court saays that a suspect must be informed that anything that person says may be used against that person in court. Compare that requirement with the wording in the typical Miranda warning used by officers: “Anything you say can and will be used against you in a court of law.” This  offers a compelling reason for the suspect to remain silent and request an attorney.

The wording of the Miranda warning, as used by most law enforcement officers, does not encourage a person in custody to cooperate in a criminal investigation. It instead encourages them to remain silent and request an attorney.

That’s my opinion, and I’m sticking to it.

This is my question:

How many people, guilty or not guilty, remain silent and request an attorney and thus contribute nothing to the investigation? Does the wording of the Miranda warning, the phrase will be versus the Supreme Court’s may be, perhaps influence that decision? Could the emphasis placed by the officer on certain words in the warning influence that decision? Stronger emphasis on the words will be, for example, might influence a person to remain silent and request an attorney. Conversely, emphasis on the phrase may be could possibly influence a person in custody, particularly an innocent person, to cooperate with law enforcement in the investigation.

In my opinion, it’s worth giving it a try—simply change the wording to conform with the Supreme Court’s stated requirements and emphasize these key words, may be used against you, when giving the warning. This could possibly prompt the subject to cooperate in the criminal investigation rather than remaining silent, and the officer giving the warning would in strict compliance, word for word, with the requirements levied by the Supreme Court of the United States.