I made my first significant seizure early in my first year as a Customs inspector working on the international border between Texas and Mexico. The port was Progreso, Texas, the day was Saturday, the month was February and the year was 1972. The marijuana was in a pickup truck driven by a Mexican national with a tarjeta, a local border crossing card, an official Immigration document that allowed him to enter the US and travel no more than 25 miles from the border and remain in the U.S. for no more than three days.

To my question as to citizenship, he replied Mexican and displayed the tarjeta. To my question of what, if anything, he was bringing to the US he replied Nada—nothing. There was nothing visible in the front seat or floorboard and a quick glance into the bed of the truck through a side window of the camper showed nothing. And to my question of the purpose of his trip, he said a comprar cosas—to buy things—in other words, to go shopping.

I stopped asking questions and told him to park the truck and lift the hood for me. Not that I expected to find anything under the hood—I expected to find something in the roof of the camper. My quick look into the rear should have shown me metal, but I noticed that the roof of the camper was paneled, indicating possibly that the ceiling was fitted with insulation. I needed to see what kind of insulation had been installed, so the order to park and lift the hood was an attempt to allay any suspicion he might have concerning his referral for a secondary inspection.

He was driving a late model Ford pickup truck with a camper shell installed. The truck had a manual gearshift, and while he talked he kept the truck in gear and the clutch depressed with his left foot. On the surface he seemed calm and at ease, but the clutch on that Ford was apparently very stiff—he was having a hard time keeping the clutch down and disengaged, so hard that his leg was shaking from the effort and I could hear coins jingling in his pocket, and the rest is history.

He parked the truck, killed the engine, stepped out and raised the hood. A brief glance and my suspicions were confirmed—nothing there. I took the driver by the arm and told him we needed to talk inside. He went with me without protest, and I turned him over to the inspectors inside and told them that I believed he was loaded.

Subsequent inspection of the camper’s roof revealed 425 pounds of marijuana in small plastic–wrapped packages. The camper’s roof was fitted with 2x4s on edge along its length, with stiffening blocks running from side to side. The packages were placed in the spaces provided and the paneling added by screwing it to the 2x4s. This was the first of many that would be intercepted following dissemination of the method of concealment Service-wide, but seizures dropped when the smugglers learned of our findings and went to other methods.

I am convinced, and I am honest enough to admit it, that had I not heard the coins jingling in the driver’s pocket I probably would have released him without any inspection beyond the primary questions.

I learned a lot about making enforcement that day, the day of my first significant seizure. I learned that the smallest, most seemingly unimportant action of a person could be very important, and I learned that just because someone is a fellow inspector it doesn’t mean he can be trusted.

One of my fellow inspectors, an old-time Border Patrol officer that transferred to the more leisurely life of an inspector, obligingly helped me open the ceiling of the camper and extract, count and weigh its contents.

When the time came to document the enforcement action, I was ordered to share the action with the old fart—I can call him that without fear of repercussions—he is long retired and long dead. The port director apologized for the order, explaining that was how the system worked and he had no choice. Had I told the other inspector to keep his hands and his distance away from my seizure, I would have not been required to share it.

The result was that he shared equally in the citations that the Service provided in recognition of our enforcement efforts. He knew full well what he was doing and why, and capitalized on my ignorance of seizure procedures. Another factor was that Customs  wants as few inspectors involved in individual seizures as possible—should such cases go to court, the fewer inspectors involved in the seizure the better, because of the drain on personnel resources on court days.

I made many more mistakes in my 26-year career in federal enforcement, but this was the first and the only mistake I made of this nature. We live and learn by our mistakes, so I always make a determined effort to not repeat any mistake I’ve made.

On a memorable day in my career as a United States Customs Officer, I was asked this question by a female administrative aide:

How many inspectors does it take to screw in a light bulb?

Now tell the truth, how would you have answered that question? I know that the aide meant to say replace a light bulb, but that’s not what she said—she asked how many it would take to screw in a light bulb—a rather significant difference in the query, wouldn’t you say? The politically correct answer is two inspectors—one to hold the light bulb and another to turn the inspector holding the bulb.

My answer? I told her that two could do the job, but it would have to be a really large light bulb.

And no, she did not file an employee grievance charging sexual harassment—she and I were, and had been for many years and still remain, close personal friends—so there!

Okay, have you recovered from the sidesplitting laughter engendered by that joke?

If so, here is the second classic joke—I won’t disclose its source on the grounds that it may tend to incriminate me: 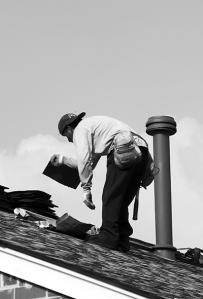 A female asked this question: Have you ever tried to nap while a crew of roofers hang and bang? I know what the lady meant, but she left a listener with two choices of the meanings of hanging and banging.

Please don’t hate me too much for these puerile writings.

I can’t help it—it’s in my nature.

Besides, I’m trying to make a minimum of one posting per day, and this one qualifies for today. Check it out—today is the 12th of September and this is my 12th posting of the month.

Posted by thekingoftexas on September 12, 2010 in friends, Humor

During the early 1980s I was one of two second-level Customs supervisors in the inspection force at the port of Brownsville, Texas and on a very special evening I was performing my supervisory duties on the swing shift—4 pm to 12 midnight—at the Gateway Bridge. At some time near the middle of the shift, a pedestrian of a different kind walked in from Mexico and the officer on sidewalk duty referred him to my office.

The pedestrian was an elderly Anglo male, probably in his sixties, wearing slacks and a white shirt, his tie still knotted but hanging loosely. There was blood on his face and his shirt was stained with blood, apparently from a nosebleed. He walked erratically and seemed oblivious of his surroundings. My first thoughts were that he was either drunk or under the influence of drugs, but his answers to my first questions were always the same—I don’t know. My most pertinent question was Do you know where you are? His answer was simply No. 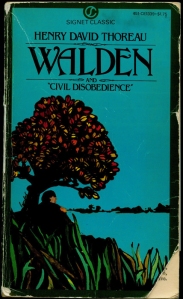 I asked him for his name and he said Fred Siemens. I asked him where he lived and he said San Antonio, and my next question was Are you an attorney? He said Yes and I realized that he was Fred Siemens, a prominent attorney in San Antonio, nationally and internationally known for his work in criminal law. Because of him and an article on him that appeared in one of San Antonio’s local newspapers, I became a devotee of Henry David Thoreau’s writings, specifically Walden or, Life in the Woods and On the Duty of Civil Disobedience. The image on the right is my well-thumbed copy of the work on which Mahatma Ghandi based his passive resistance movements. Click here for an explanation of how, when, where and why I first met Thoreau and his writings.

I suspected that he could be the subject of a missing person alert, and I immediately called the Brownsville Police Department and asked for an officer to come to the Gateway Bridge. Two officers arrived in record time, and I told them that they should contact the San Antonio Police Department and would probably find a missing person lookout on the man. They thanked me and gently escorted the attorney to their vehicle.

Now read about the non-existent grateful appreciation expressed by the Brownsville police for giving them a well-known missing person and the opportunity to shine a bright light on the coordination between local and federal law enforcement in the city of Brownsville. I never heard from the Police Department—I called the Department the next day and the people on duty claimed to have no knowledge of the incident.

However, several days later a lengthy article appeared in the local daily newspaper detailing the fine work done by Brownsville’s police in returning a missing person to his home in San Antonio. The article stated that in the early evening on a certain day Mr. Siemens was found wandering around in the vicinity of the Gateway Bridge, apparently unaware of his surroundings, and an investigation determined that a missing person lookout for him had been made by San Antonio police. Obviously there were some really ambitious officers on Brownsville’s police force!

I should have known what was going to happen, because the two officers that took custody of the missing person neglected to ask for my name or for my position in the Customs hierarchy. If I gave that any thought at the time, it would probably have been that they would return for the specifics of the interdiction, and also to tender the thanks of the local department to the Customs officers on duty that evening, specifically to the inspector on pedestrian traffic duty and to the supervisory officer on the shift, the person that recognized the missing person and initiated the investigation. I mean, like hey, everybody likes to shine!

So I can only offer kudos to the local police for their fine work in solving a missing person lookout and returning a brilliant and nationally-known criminal law attorney to his home and to his loved ones. Good work, guys!