I posted this classic presentation of classic French architecture some eight months ago in August of 2010. During that eight months the posting has garnered a total of zero comments. Less than one minute of online research reveals that in the United States there are approximately 120,000 professional architects, yet apparently not even one has seen this posting. Click here for demographic data on American architects.

I am bringing this posting up from and out of the Stygian darkness of prior efforts, exposing its prose and its images of classic architecture to the bright light of today. I find it difficult to believe that any architect could have seen the images and read the text, then failed to comment on the posting, no matter whether pro or con. In fact, I am related to a very successful architect that lives, loves and labors in his chosen profession in the great state of Mississippi and follows my feeble efforts to contribute in some small way to civilization’s accumulation of writings and even he, the nephew of his only extant maternal uncle, either has not seen the posting or else felt that it deserved no comment. Bummer!

There are many antique bridges in France, some dating back to the days of the Roman empire. This posting will show some of the best preserved structures in France, images that were sent to me several years ago by an online friend, and I felt that they were worth passing on to my viewers. I am posting the images as I received them, without any effort to change them in any way. I could easily have taken the first image into Photoshop and removed the drifts of wood against the bridge, but I chose to post the image exactly as I received it. I applied that same rationale to the second image also. 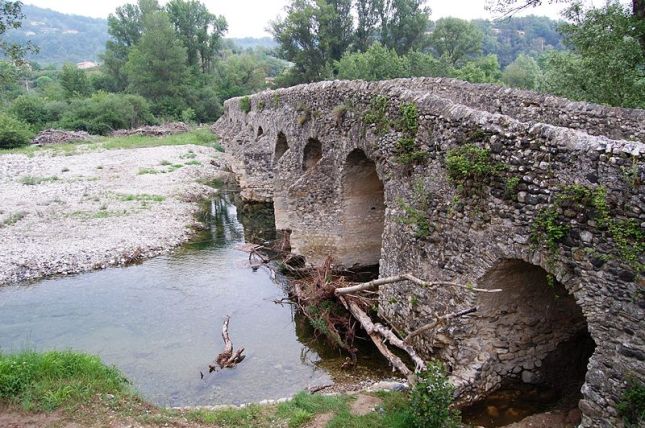 Judging by the driftwood piled up against the supports, there has been a lot of water under this bridge. If the driftwood is allowed to collect there the bridge could easily be damaged by the weight of the limbs—it deserves better care than it is receiving. 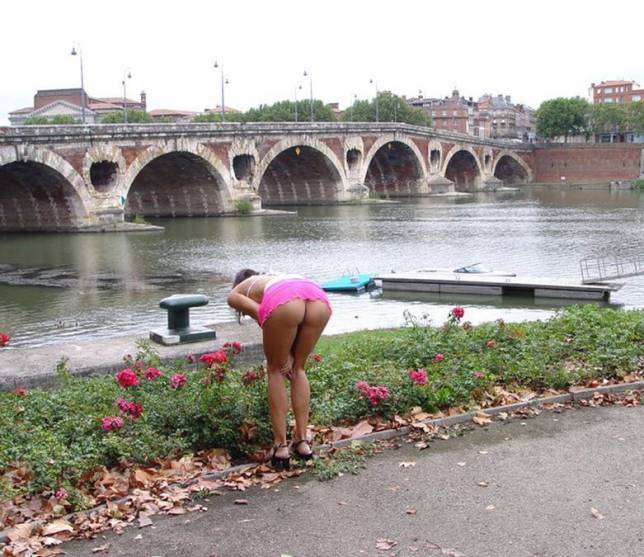 This bridge is a beautiful example of French construction. Note the gracefully rounded arches, masterfully designed and beautifully buttressed to support traffic. Note the clean graceful lines of the structure, all its components combined to form an outstanding example of French architecture. In this image as in the first image, I chose to not remove any material that might possibly block a viewer’s line of sight or detract from the study of this magnificent structure. This is a classical example of French architecture, construction at its pinnacle. I trust that this structure will be better cared for than the bridge shown in the first image.

A special note: The image can be enlarged with a click of the mouse, allowing a greater appreciation of this classic example of French architecture. The enlargement makes the image appear more three-dimensional and better reveals the graceful, even sinuous symmetry of the forms. Wikipedia defines the axis of symmetry of a two-dimensional figure as a line such that, if a perpendicular is constructed, any two points lying on the perpendicular at equal distances from the axis of symmetry are identical. Another way to think about it is that if the shape were to be folded in half over the axis, the two halves would be identical: the two halves are each other’s mirror image. If the scene could be viewed in true 3-D or even better, observed on-site, one can only imagine how spectacular that would be. Just think about it!

FYI–—This posting is in honor of a dear friend that recently died, a cheeky lady from England that lived and loved and birthed five children while living and loving in Great Britain with her US military husband, then lived and loved with her family in San Antonio for another 45 years or so. Knowing that I was an aficionado of ancient bridges, she e-mailed the lower image to me several years ago in a message titled Ancient Bridge in France, and I carefully filed it away with similar images of ancient bridges.

Postscript: In revisiting this posting I noticed something that I overlooked in the original. Six arches, each of 180 degrees can be seen in the second image, but only now I note at least five additional arches lending support to the crossing, the round dark holes between each pair of the arches extending down to the water, each consisting of a full 360 degrees. Each group of three arches seem to conjure up thoughts of giant birds in flight, or gargantuan spiders waiting to pounce, and without arduous strain on one’s imagination, even concupiscent images when combined with the flora and fauna visible in the foreground.

Posted by thekingoftexas on May 21, 2011 in bridge, bridges, Family, friends, Humor, marriage