Let’s hear it for the Aggies! 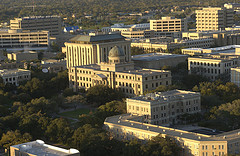 Let’s hear it for those stalwarts that are presently in attendance at Texas A&M University, for those that have been graduated by that school and for those that were prematurely tossed out for various but completely understandable reasons—faults such as a predilection for unnatural communion with small animals, for example, or for failure to attend at least seven percent of required classes over a period of six years, failure to achieve a solid D average over the same period, and failure to qualify for an undergraduate bachelor degree in fewer than eight years.

I have a certain amount of sympathy for the Aggies. I don’t believe they deserve the fusillade of stones and arrows that rain down on them from all points of the globe and from persons in all walks of life—well, perhaps some deserve such treatment, maybe—okay, perhaps most deserve such treatment, but certainly not all—there must be at least a few good apples in the Aggie barrel.

Aggies are the abject targets of social discrimination. Apparently they don’t teach sociology at Texas A & M, because any group that wishes to protect itself from discrimination has only to declare itself as a minority and document the discrimination—properly documented, the Aggies would be a shoo-in for designation as a minority and thereby entitled to all the privileges and benefits thereof.

Their request for minority status and freedom from discrimination should include the jillions of jokes—love that alliteration—that target the Aggies, jokes that in large measure have been converted from jokes aimed at other so-called minorities. The Aggies need only to believe that they are the victims of discrimination, declare themselves a minority, express that belief and then document the discrimination.

How easy is that! 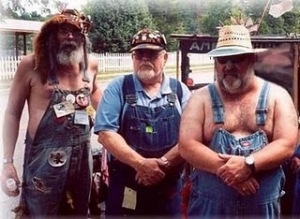 The 2009 population figures show a total US population of 307 million, and whites alone constitute 65% of that total even after excluding the 30 million White Hispanics and Latino Americans in the population. Whites only are obviously not a minority in numbers, but the sociological definition requires only that a group believes itself to be discriminated against, expresses that belief, and documents the discrimination and that definition is satisfied—it does not depend on the number of people in the minority group.

Come on, all you Aggies! Get your stuff together and force us to pick on some other group—unwed fathers, for example, or maybe cross-dressing homeless Lower Slobovian refugees. The current hordes of wannabes clamoring for attention as potential candidates for the presidency of the United States of America under the GOP banner would be an ideal target to replace the proud present and past people—there’s that alliteration again—-with ties to Texas’ Agricultural and Mechanical University, the state’s first public institution of higher education, established by the Texas state legislature ‘way back in April of 1871.

What follows next is a joke that includes some suggestions for replacements that qualify as targets for jokes in order to reduce the pressure on Aggies. For example, you might ask someone, Didja hear about the two community organizers that, blah, blah, blah?

Now for the joke:

Have you heard the one about the two (at this point insert political independents, republicans, democrats, communists, activists, community organizers, socialists, old maids or other persons) discussing the weather?

Second person: How do you know?

Second person: My end stinks too, but it doesn’t predict the weather, rain or otherwise.

Click here for the original posting, dated 26 Feb 2011, that featured the instinct joke. In that one I used two little morons for the joke. There is some highly cogent political posturing included in that posting, so I’ll apologize in advance for that.