Listen up, Dumbo, if you want to win in November!

A special note to all Republicans seeking to retain or attain a seat in the U.S. Senate or the U.S. House of Representatives in the coming November elections:

When you start your campaigns, whether for election or reelection in November of 2010, begin by submitting a deposition duly sworn before a properly licensed notary, a deposition in which you swear that you will govern by the will of the people, that will as determined by current polls conducted by reputable pollsters, a deposition in which you swear that should you fail to acknowledge and conform to the people’s voices you will resign your seat immediately following your failure to conform to the will of the people, and finally in that deposition you will swear that you will forfeit the sum of $50,000, that sum having been deposited in escrow in a secure location, said sum to be immediately applied to the national debt. If you’re a bit short on the cash, the nation’s capital has lots of lenders. 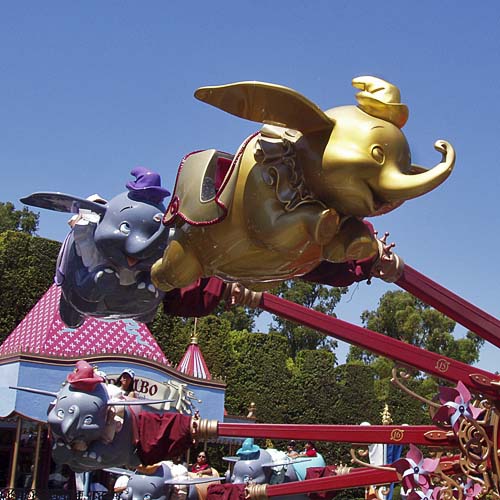 Listen up, Dumbo! You certainly have the ears for listening—you need only use them to listen to the voice of the people instead of flapping those ears as Disney’s creation, the flying elephant Dumbo did, flying to the upper branches of a tall tree and just sitting there, doing nothing other than maintaining that smug complacency that has characterized the Republican party for the past ten years, beginning with the elections of 2008 but especially noticeable over the past 18 months.

Former president George W. Bush proudly and emphatically told the people that he did not govern by polls. That remark reminds me of an afternoon many years ago when I was being babysitter to my young granddaughter after kindergarten. In a grandfatherly attempt to engage her in conversation I asked her what she did in school that day. She was eating cereal, and she chewed thoughtfully for a long moment before answering and then said, I don’t have to tell you that.

As one might expect I saw red, and I replied forcefully, Okay, smart-ass, I didn’t want to know anyway. And also as one might expect I froze, terrified, fearing that should her mother—my daughter—learn what I had said I would never again be trusted to serve as her babysitter—actually that really would not have been such a bad thing, unless my response was judged predatory in nature.

The little girl took another spoonful of cereal, chewed thoughtfully again for another moment, and after what felt like an eternity to me she said, Then why did you ask me?

My point, Dumbo, is that if you aren’t going to act on the poll results, then why do you ask us the questions? What do you do with those results? Substitute them for Charmin?

I’ll bet you would be quite pleased had our current president governed on the poll results of health reform, financial reform and other items forced through both houses of Congress, items that the masses strongly opposed according to all the polls—none would have passed, not one, and the nation would be far better off than it is now.

Our current president promised change and he definitely gave us change. He has saddled the nation with a projected deficit of some 14 trillion dollars—that’s 14 followed by 12 zeros—projected to come about in the near future. He has definitely changed the character and the landscape of the United States and has jeopardized our nation’s future, but his promise of transparency in government has never materialized.

We are no longer looked up to by the nations of the world—they instead look down on us. We have bowed in obsequiousness to the leaders of several nations, including some that would destroy us. Our country is riddled with terrorists, both foreign and home-grown, and our national debt is in the stratosphere. We are descending into a second-rate nation and a second-rate power, and nothing can stop our descent except a major change in our government.

Listen up, Dumbo—you can do it. You can reverse our downward slide by listening to the people. All you need do is to follow the bouncing ball indicated by the polls and it can happen, and it must be soon. On a day much too close in the future, we will have reached the point of no return. Act now, before that point is reached.

Plagiarize Obama’s campaign slogan if necessary—just say YES, WE CAN! and YES, WE WILL! It worked for him and it can work for you. The voters, particularly the independents, believed him, but now they are disillusioned and they want change—they want to change back to the country we had before Obama changed it. They will believe you only if you offer something that will hold your feet to the fire if you renege on your campaign promises, namely the deposition I have outlined for you.

With it, you can do it—without it the people won’t believe you. Obama suckered them this time, but they won’t allow you to do it now—perhaps some years in the future, but not now—their wounds are too fresh.

Posted by thekingoftexas on July 25, 2010 in Obama administration, politics, Writing

In my memories as a small boy, let’s say from the age of five up to the age of nine, a place called the Big Ditch looms large. No, it’s not the Panama Canal or the Suez Canal or Big Dig of Boston fame or the All-American Canal that winds through Arizona. My Big Ditch was—and perhaps still is—a trench that winds through the city of Columbus, Mississippi, lined with concrete at the bottom and carrying various effluvia on its way to the river—among other functions it serves as a storm drain for the city. I know not what sort of effluvia it carried, nor do I want to know now—I was advised by my folks that playing in the Big Ditch was an unhealthy practice, but hey, it had water in it. As a young boy I was drawn to water, and please forgive the time-worn analogy, like a moth to a flame—time-worn, perhaps, but highly picturesque.

The Big Ditch meandered a half-block or so from a small three-room house with a real toilet added to a back porch, one of the old time stools with a big tank of water directly overhead and a long chain to pull to release the water—trust me, if that tank ever sprung a leak the sitter below would know it. That house on Nineteenth Street South was where I lived for several years with my mother and three sisters—my sisters were all my elders by at least eighteen months.

During my time at that address I cut my reading teeth on romance magazines such as True Story, True Romances, Ladies’ This and Ladies’ That, ad nauseum. However, I’m pleased to report that my early reading pursuits among those periodicals were adequately balanced by True Detective and True Crime and various other magazines of that ilk, if you get my drift!

Now on to my story of the Big Ditch:

I’m fairly certain that if I were standing at the bottom of the Big Ditch now I would have a 360-degree view of my various surroundings, but as a boy if I made it to the bottom I was hidden from sight unless my searchers were standing on the edge of the ditch.

I won’t dally on this posting—my readers may not be ready for a story that follows a young boy uptown from home to the beginning of the ditch, and downtown to the point that the ditch connects to a river, a point which included a long concourse of concrete, a man-made slide of great proportions, a slide lined with algae that allowed one to sit down in and on and zip to the river’s edge, bailing out just before the drop to the fast-moving current. Such slides required that one be clothed from the waist down, whether in long or short pants, especially after numerous slidings had removed patches of the algae.

I realize that such activities may be difficult for adults to understand, but for us, a group of kids that craved adventure, the Big Ditch equaled and surpassed everything that the Bobbsey Twins ever did. Our play mirrored the adventures created by Zane Grey and James Fennimore Cooper and Edgar Rice Burroughs—we played cowboys and Indians, Riders of the Purple Sage, The Last of the Mohicans and Tarzan of the Apes. We sneaked out of the house with matches and cups and a pot and a fry-pan and had lunch in the Big Ditch, dining on frog legs and hackberry tea—the frogs resided in the ditch and the hackberry trees grew along the un-cemented sides of the ditch. Please don’t ask me where we got the water to make the tea.

A special note: I have no memory of having lured girls to join me and others for lunch—I must confess that girls at that particular phase held little interest for me, and I am not aware of any interest displayed by the other boys.

Yes, we caught bullfrogs, and with our pocketknives—every kid in town carried a pocketknife—we dispatched the frogs to somewhere else in the cosmos, then separated the legs from the rest of each frog, skinned the legs and then burned them in the skillet and boiled hackberries to make tea for the repast. Hey, I’m not making this up—it’s a miracle, one of God’s wonders, that we didn’t fall prey to fatal diseases, but the only thing I can remember suffering was awakening with double mumps on a memorable Christmas day—click here for a truly heart-rending narrative of that calamitous event.

As I promised at the beginning, I will not dally on this story. There’s lots more to talk about, some of which I probably won’t discuss until I make my final report to YOU KNOW WHO at the conclusion of life’s journey—let’s face it—all of us have things that we like to keep to ourselves!

Posted by thekingoftexas on July 3, 2010 in Uncategorized