Each of us has the innate ability to contribute to the world’s store of statistics, other than just the statistic of having died, and the opportunity to make that contribution is given to us at the time of our death, namely the cause of our death. Was it by our own hand, thereby joining the ranks of suicide statistics? Was it suicide by firearm, hanging, wrist-cutting or a heart attack caused by an overdose of Viagra? As the immortal Jack Webb would say, speaking as Detective Joe Friday in his role as a police detective in the black-and-white television show Dragnet, We just want the facts, M’am, just the facts.

I realize that the Jack Webb skit above is not germane to this posting, but I wanted to show him in action and share his sleuthing techniques with my viewers. I know, I know—I have a lot of time on my hands. There are too many wrongs in this world and too little time to right them, but I will soldierly strive on in my efforts—it’s in my nature.

That’s my story and I’m sticking  to it.

Posted by thekingoftexas on March 2, 2011 in Uncategorized

Jane Russell, the tall brunette movie actress with the dark eyes and the 38-D bra is dead. Born in 1921, she died on Monday, 28 February from respiratory failure—she was 89 years old. When the news of her death was widely reported on television my memory took a long journey into the past. I felt that my thoughts of the star might be of interest to my viewers, hence this posting, and I know that at the very least it will be of interest to my daughters—they have never heard of this incident, a memorable event in their father’s life.

The year was 1946 and I was fourteen years old—wait, let me check that—1946 versus 1932—6 minus two = 4, and 4 minus 3 = 1. Yep, that’s 14 and in 1946 the Dixie Theater in Columbus, Mississippi, well ahead of its time, would not allow me to see Jane Russell in The Outlaw because of my impressionable youth, yet black-and-white movie stills in the display frames outside and the ones placed on easels in the theater lobby placed lots of emphasis on the twin outcroppings that brought fame to the statuesque brunette. 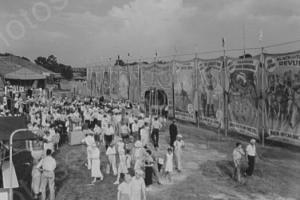 Had the theater been a carnival sideshow, I could have sneaked around back and crawled in under the canvas wall of the tent. That method had worked in the past with similar sideshows of carnivals that came to the city’s fairgrounds, but was of no use in this matter. And had I been accompanied by an adult family member, I would have been allowed to see the movie, but I knew that it was useless to ask my mother or one of my elder sisters, and my brother was off somewhere in the northern climes. And my exalted stepfather, Papa John, had once again shattered and deserted our little family and retreated to the Fraternal Order of Eagles club in Midland, Texas where he spent most of his nights losing at the club’s poker tables.

Eventually I despaired of seeing the movie and it finished its stint in Columbus and departed—it was heart wrenching because I was an avid western fan and that was the only reason I wanted to see it—yeah, right! While it was showing, I made numerous trips to drool—oops, I mean dream—over the still photos, and if the ticket seller did not look familiar I would try again to buy a ticket, but I was rebuffed each time.

Now fast-forward to Chanute Air Force Base located on the outskirts of Rantoul, Illinois, a small town some 125 miles south of Chicago. Much of the US Air Force technical training was centered at the sprawling air base, and I arrived there in the spring of 1949 to train as an aircraft electrician and engine mechanic. Chanute AFB was closed in 1993 by the Department of Defense Base Closure and Realignment Commission (BRAC).

I left Chanute a year later in the spring of 1950 after finishing my training and headed for home in Mississippi for a 10-day leave en route, and then on to San Francisco to board an Army troop ship bound for Yokohama, Japan to start a three-year tour in the Far East. That tour was shortened by a year because of the US intervention in the Korean War.

But I digress—back to Jane Russell and her movie, The Outlaw. While in casual status waiting for my classes to start, I learned that the movie was playing in Champagne, the site of the University of Illinois some 25 miles from Chanute. I had no access to private transportation, neither mine nor that of others, and I couldn’t count on buses or trains to get me to Champagne and back overnight, so I opted for the only transportation available. I walked to Rantoul and found the highway leading to Champagne and assumed the position of a hitchhiker and positioned my thumb properly to show my need.

Hitchhiking in those days was somewhat different than now. The papers and radio waves and billboards were not filled with information on serial murderers, kidnappings, rape and child abuse. There were no Amber Alerts, or Jessica’s Laws, nothing worth mentioning that would make drivers hesitate to pick up a boy-child hitchhiker pretending to be a member of the US armed forces. Yes, I was in my US Air Force uniform, the one with all the stripes indicating my lofty rank—one small stripe on each sleeve, a Private First Class—hey, don’t laugh—after all, I was in the first class of all the privates in the Air Force. That should count for something!

I towered around five feet, six inches tall and weighed in at 110 pounds, an image unlikely to strike fear into any driver whether young or elderly, male or female, gay or straight and regardless of race, religion or political affiliation. My thumb was elevated and pointed in the proper direction for no more than ten minutes before a kindly driver opened his door to me, drove me to Champagne and dropped me off in front of the theater where The Outlaw was being featured.

In retrospect I humbly state, with all humility aside that I was a cute little dude, an innocent baby-faced wayfarer, and that appearance could well have been the reason that I fared so well with the hitchhiking process. I have not retained any of those credentials today—well, perhaps the height, but the innocent baby face and the low poundage have gone the way of all good things, the victims of passing time.

Well, that’s it—that’s my tale of Jane Russell and the black-and-white movie The Outlaw. After dreaming of seeing the movie for three years I came, I saw, and I conquered my obsession, but many years later it returned tenfold. I found the movie on a VHS tape cassette and rescued it from its humble position on a garage-sale table. It now has a featured position in my collection of similar western-themed movies—nay, belay that—no  movie is similar to The Outlaw—thanks to Jane Russell it stands in a class all by itself. I have a very vivid recollection of Jane Russell and one of her 3-D films. That’s the subject for a future posting, so stay tuned.

Posted by thekingoftexas on March 2, 2011 in Uncategorized