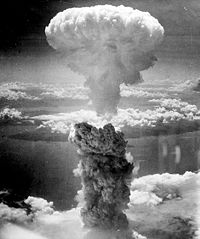 She was from Huntington, West Virginia and her name was, and I sincerely hope still is, Jackie Nichols. By that I mean that I hope she still lives and loves, whether her last name is Nichols or she married and took another surname. I knew Jackie only briefly—no, no, not in the biblical sense as Adam knew Eve, but only in terms of society’s acceptable normal everyday intercourse between two children of the opposite sex, always verbal and never physical, other than in games—real games—that children play.

Jackie and I and our families lived in Happy Valley, Tennessee. The village was a community of modular homes, created for the families of workers involved in the big secret, the development of the atomic bombs that were dropped on Hiroshima and Nagasaki, creating the conflagration that conclusively ended World War II. Happy Valley boasted an elementary school and high school, a post office and a small shopping center that
included a theater—some folks back then referred to the theater as a movie house. 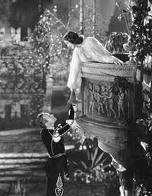 When I knew Jackie—oops, there’s that word again—when Jackie and I met and spent time together, we were 13 and 12 years of age respectively—yes, she was an older woman—and we were still in those years when our lives abruptly went in different directions with very little warning, and no reasonable opportunity to consummate our romance—you know, like with a farewell hug and kiss, both of which would have been our first and our last. I consider that to be a sad tale of unrequited love, a real life parallel that rivals Shakespeare’s fictional story of Romeo and Juliet.

My family—mother, stepfather, an 18-month older sister and I—left the trailer village in Happy Valley, Tennessee and returned to Mississippi, and I could only console myself briefly with the view of our trailer village through the back window of our 1939 Plymouth sedan. Don’t laugh too loudly about the age of our transportation.
The year was 1944 and our car was a spry five years old.

I cannot speak for the others in my family but as for me, I left Tennessee for Mississippi under protest, albeit silent protest, but definitely protesting. I remained silent and left because I had no choice, and because I was bright enough, even at age 12, to realize that I couldn’t remain in Tennessee and support my first real love on the earnings from my paper route, papers that I delivered on Shank’s mare—on foot. I didn’t even have a bicycle.

Jackie and I reversed a situation that is replicated frequently in friendships between young boys and young girls. Normally the boy gets the girl into trouble, but in our case the girl got the boy into trouble, and I hasten to explain how that happened. The witching hour for me to be home in the evening was 8:00 PM, whether the next day was a school day or a Saturday or a Sunday, whether the sun was still high in the sky or had dropped below the horizon. That rule was laid down in menacing tones and promised the punishment if the rule was broken—a whipping was guaranteed for the first and for any subsequent violations—there would be no other warnings.

On one memorable day night fell with a thud, and I stayed with Jackie well past my witching hour. The other kids had all gone home—only the two of us remained, perched on the wooden side rails of a bridge spanning a dry stream and talking boy/girl stuff. Jackie was entranced by the golden tints in my brown eyes—honestly, she said that! And I was entranced by everything about her, including her dark eyes and thick black tresses, her long brown legs and her—well, let’s just say that Jackie was not your usual 13-year old. She was light years ahead of the other girls in our neighborhood in her age bracket—far advanced in worldly knowledge, conversational skills and physical development—especially in physical development.

As regards my decision to head for home instead of staying that extra hour, it echoes the truth of the words penned by John Greenleaf Whittier (1807-1892):

For all sad words of tongue and pen, the saddest are these—it might have been.

So that’s my refrain—it might have been. It could have been and it should have been, and perhaps would have been had I tossed caution to the wind, shrugged my skinny shoulders and completely ignored my stepfather’s rules. Oh, well—we win some and we lose some, and life goes on.

Here’s to you, Jackie. I hope and trust that life has been good for you, and that you married and had children and that everyone in your family are happy and doing well. I have retained memories of you and our times together for almost eight decades—none of the memories have faded and none will ever fade. To paraphrase Jimmy Durante’s closing words on his old-time black-and-white television show: Thanks for the memories and good night, Jackie, where ever you are.

Posted by thekingoftexas on March 22, 2011 in Uncategorized

On Friday, January 21, 2011 there was a happening, something that occurred which in my estimation and opinion equals the end of World War II, the Korean War, the Vietnam War, the first man on the moon and the discovery of penicillin. I feel that I can speak with at least a touch of authority because I was present for all three of the wars and actively engaged in the latter two wars, and I sold lots of newspapers on my route during World War II.

I predict that when the day comes that a cure for cancer is discovered, that event will take its rightful place in history, along with the events mentioned and along with the departure of Keith Olberman from MSNBC.

As of this writing it is unknown, at least in the sphere in which I toil, whether Olberman’s departure was acknowledged by management with a ceremonial POTS or a ceremonial KITA. The former involves a pat on the shoulder and the latter involves a hearty kick in the—well, you get my drift.

Away back in the past century in the 1990s, during the times when I became utterly bored with virtually every television channel in the hundreds of channels available to me—and only then—I watched ESPN’s SportsCenter where Keith Olberman presided and postured as co-host. I deep-sixed that channel and the show the night that a caller to the show said that his efforts—the caller’s—to accomplish some goal were futile, with the word futile pronounced the same as feudal. After the caller hung up, Olberman told his listeners—and the caller—that the word should be pronounced few-tile.

Yep, that one unthinking, unlettered piece of blather did it—I have not watched NBC’s SportsCenter since then—in fact, I don’t know where the channel is or if it still exists.

Thank you, MSNBC. Regardless of your reasons for splitting the blanket with Keith Olberman, I thank you. There are several other lesser lights on MSNBC, lights that should be extinguished as was Keith Olberman, or trained to respect the feelings of their non-radical, non-leftwing, non-Democrat viewers that tune in to their programs in search of opposing views, voiced in logical terms and in non-violent tones, and instead such viewers get splattered with offal—the opinions and analyses of politics and politicians on the opposite side of the spectrum from theirs are delivered by those lesser lights in a disrespectful, calculated,  insolent and destructive manner.

The  term cross-hairs has been prominent in recent political circles. I have a sneaking hunch that the cross-hairs were centered on Keith Olberman by the upper echelons of MSNBC, that he was aware that he was the target, and that he elected to step out of range before the trigger was pulled. I believe that the spotlight has probably been shifted to focus on one or more of the lesser lights on MSNBC. Normally I dislike naming names, but in this instance I will step away from normal.

I believe that the spotlight should now be centered—nay, make that the cross-hairs that should be centered—on Ed S. and Rachael M. and Chris M. and yes, also on Lawrence O., MSNBC’s selection to ascend the throne recently vacated by Olberman. When the hair on the backs of their necks begins to stand up, they will voluntarily enter into a kinder and gentler discourse—otherwise, it’s POTS or KITA for one or more or all.

Your people should try to emulate British readers of the news, people that make every effort possible to discuss events calmly and without taking sides in those events. And in the interests of full disclosure, I will readily admit that the other side has its detractors on television. Not all are fair and balanced, and some voice personal opinions and analyses of politics and politicians, but nowhere near the viral and destructive level consistently practiced by the nightly hosts that are highlighted and pictured in this posting.

Posted by thekingoftexas on January 23, 2011 in Humor, politics, television